Stay home and stay safe. Click here for an online visit. Through this $59 service, our medical team is standing by to serve you. 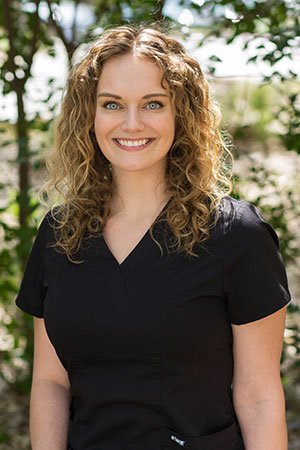 Caedran has over 6 years of nursing experience in Intensive Care and Emergency Department settings. She has worked at Central Texas Dermatology since 2015. She attended the 2018 annual American Academy of Dermatology (AAD) meeting in San Diego and completed the AAD dermatology curriculum.

Caedran moved to Austin in 2014 and loves being able to contribute to the Austin area community through healthcare. She is passionate about preventative medicine and helping individuals feel confident in their appearance. She enjoys living an active lifestyle, spending time with family and friends, and listening to live music.

Caedran is a member of the Austin Advanced Practice Nurses and is board certified through the American Association of Nurse Practitioners.

MASTER of Science in Nursing of Maryville University at St. Louis, MO
May 2017

BACHELOR of Science in Nursing of University of Missouri-Kansas City at Kansas City, MO
May 2014

ASSOCIATE of Science in Nursing of Southwest Baptist University-Mercy College of Nursing at Springfield, MO
December 2011

Learn More About our Face Procedures

Learn More About our Body Procedures